Launched in a Pandemic 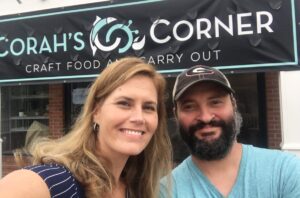 You’d have to be crazy to open a new business in the middle of a once-a-century pandemic, right?

Not so fast, says Rich Loeffler, business consultant for the Small Business Development Center. “These businesses have been planning their opening for a year or more, and often they put their life savings on the line,” he says. “These owners deserve all the support we can give them.”

Most of the country’s new businesses haven’t qualified for the same aid as others. The qualifying date for both the new Paycheck Protection Program (PPP) and the SBA’s Economic Injury Disaster Loan (EIDL) is February 15, 2020. The same is true for most state and county programs, as well.

Despite the pitfalls of opening in 2020, Talbot County has seen a number of new businesses open their doors. That list includes Corah’s Corner in St. Michaels, Atlantic Storage in Easton, and the Tilghman Island Inn.

Too Stubborn to Quit 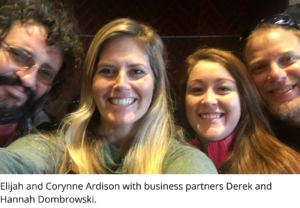 When chef Elijah Ardison and his family moved back to Talbot County from the Caribbean in 2019, he and his childhood friend Derek Dombrowski began cooking up a plan to open their own restaurant. Corah’s Corner, named for Ardison’s 4-year-old daughter, served its first meal in June 2020.

“We sorta got our wives’ approval, looked at the space, and signed a lease on the 10th of February, with a goal of opening the first week of May,” Derek says. “Then COVID struck.”

The business partners couldn’t have known how bad the pandemic would become. It caused delays with permitting and licensing, and the uncertainty surrounding the shutdowns and restrictions was unnerving. Just getting ready to open was a struggle. They thought briefly about exercising the buyout clause in their lease, but Derek says he’s simply too stubborn to quit.

“We said, ‘People are still going to eat. Let’s just give it a shot,’’ the Talbot County native says. “I would rather have tried and failed than to have always wondered ‘what if.’”

The support of the community — and that of their close family and friends — has sustained them through this difficult year. Even other restaurant owners reached out to offer encouragement and support. “This community is amazing,” Derek says. “If we didn’t have the family, friends, and customers we have, it would never have worked.”

Derek is a born entrepreneur who also founded Easton-based Total Home Performance, a company that specializes in crawl space encapsulation and other home comfort services, with Matt Hargrove in 2008. Now that his first year as restaurant owner is behind him, he’s is already thinking about his next venture — maybe another restaurant named for his own daughter, due in July 2021.

“We opened a business during a pandemic, we didn’t close, and we didn’t lose money,” Derek says. “We are just considering this a break-even year and a learning experience. We’ve had a hell of a trial run, and we’re just happy to still be here.” 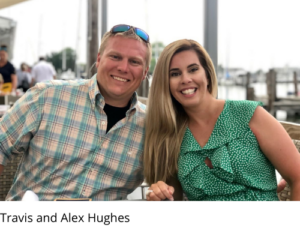 Alex Hughes and her husband Travis saved for 10 years before opening their business — Atlantic Storage on Canvasback Drive in Easton — in April 2020.

The process of opening the 90-unit storage facility began when the couple purchased the property with the help of Provident State Bank in 2018. Construction of the business began in the fall of 2019.  The thing they didn’t anticipate was a global pandemic that would slow both their entry into the marketplace and cause the price of materials to skyrocket.

“We were already too far into it to stop,” Alex says. “We were just happy to be able to open, even during a pandemic. It’s been a great opportunity, and we’ve been fortunate. It makes you wonder how much better it could be if we hadn’t had this, but I guess every business owner is saying that right now.”

The facility has a fully operational website so customers can rent a unit without having to come into contact with another person. There is no office on site, but since they live locally, both Alex and Travis are able to work their full-time jobs and operate their business at night and on weekends.

“We’re big on small business,” Alex says. “That’s how we were both raised. We wanted to start something locally owned and operated. It’s an important part of the Eastern Shore. It’s local people doing business with other local people, and that is the charm of living here.” 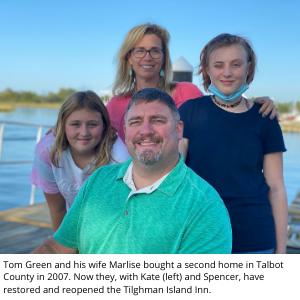 Stories about the good times at the Tilghman Island Inn are legendary, but by 2018 this once proud landmark had fallen on hard times and had been abandoned. Until Tom and Marlise Green came along, that is.

The couple purchased the 20-room inn at a foreclosure sale in September 2018, and they’ve spent the past two years renovating it. Now fresh and modern, the inn reopened in September 2020 and is again welcoming guests.

A chef who has worked at both the Congressional Dining Room and the Ronald Reagan Building in Washington, D.C., Tom has always dreamed of owning his own farm-to-table restaurant. Marlise used her gifts as a landscape designer to revive the gardens and completely reimagine the interior spaces.

“The renovation was extensive and took two full years to complete,” Tom says. “We painstakingly transformed a dilapidated, rotting property occupied by vandals, squatters, and rats into a fully restored modern version of this historic Inn.”

“Marlise and I have worked for 30 years to have this opportunity — me as a chef and her as a landscape consultant,” Tom says. “We had no investors or support on this project. We literally put everything we have into the inn.”

The inn has prioritized the safety of their guests and employees, following all COVID-19 protocols and guidelines. Still, the pandemic has affected the volume of business and corresponding revenue.

“We were well past the point of turning back when the pandemic hit,” Tom explains. “We simply had to open our doors when we did, and we have done the best we can under the circumstances. We are proud of the product and customer service we are providing and of the young team we are building.”

Do you know a business that opened in 2020? Drop us a line at ecodev@talbotcountymd.gov.

Launched in a Pandemic