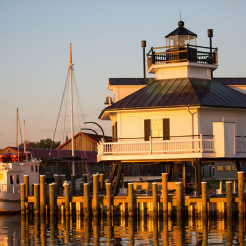 “We participate in an annual survey with other Destination Marketing Organizations around the state,” says Cassandra Vanhooser, director of economic development and tourism for Talbot County. “The data used for that study comes directly from the comptroller’s office and includes sales tax collections in the categories most impacted by visitors. We use this information to assess trends and gauge the overall health of the industry.”

“This information helps us narrow the focus and look at organizations that we know are bringing people to the county,” Vanhooser explains. “We know they are important to the economy here, but the information from these studies quantifies their importance.”

Economic impact studies such as these take many months to complete, and they can be costly. Still, it’s important to gather this information every few years to assess an organization’s ongoing importance. A summary of the findings includes the following.